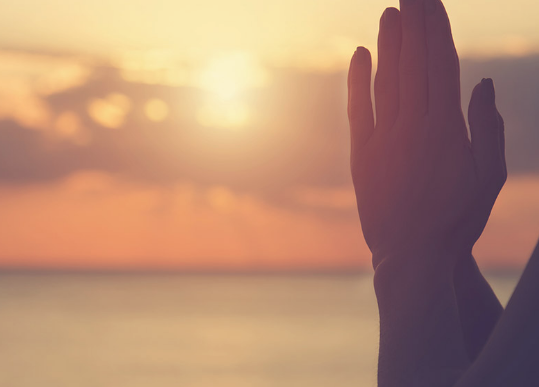 In Paper 155 of the Urantia Book Jesus, as he discusses “why the heathen rage,” asks why it is that those who know spiritual truth do not ‘lay siege’ as do the heathens; why do we vacillate, why do we yearn for better days but do little to make those days happen when we can openly share the truths we know with our fellows?

{The Heathen|Because their outlook is small and narrow, they are able to concentrate their energies enthusiastically. Their goal is near and more or less visible; wherefore do they strive with valiant and effective execution. You who have professed entrance into the kingdom of heaven are altogether too vacillating and indefinite in your teaching conduct. The heathen strike directly for their objectives; you are guilty of too much chronic yearning. If you desire to enter the kingdom why do you not take it by spiritual assault even as the heathen take a city they lay siege to? You are hardly worthy of the kingdom when your service consists so largely in an attitude of regretting the past, whining over the present, and vainly hoping for the future. Why do the heathen rage? Because they know not the truth. Why do you languish in futile yearning? Because you obey not the truth. Cease your useless yearning and go forth bravely doing that which concerns the establishment of the kingdom.”

There is a lot to unpack, but for this article I draw attention to the primary point which is why those with small, yet precise causes are more effective in gaining victory, meanwhile here we are are full of revelatory knowledge and yet, we keep it to ourselves for fear of being rejected, misunderstood or both.

I am not calling for corner prophets to evangelize the Urantia teachings, nor do I believe in the revolutionary approach to sharing new truths, which we have discussed on my podcast previously. But surely there is an in-between, a way of seizing opportunity to lay siege when you hear someone say something that is not true about God, for example, or about Jesus,, or some teaching that is misinterpreted.

As a for example, when one of my progressive friends drops a comment about “Jesus freaks”, or ‘religious nuts,’ or ‘idiot Christians,’ I am not afraid to condemn the comment, or engage as to why they feel that way. If I see an article that is patently false when it displays something about faith, or people of faith as being weak or somehow non-intelligent, I am not afraid to go toe-to-toe.

People need not marginalize people of faith. We must defend our ground.

Another arena that I like to ‘lay siege’ to is Science.

Scientist are very arrogant, equally dogmatic, as we know. And they like to assert truth when there is not truth, there is only theory.

I come from the position that the revelators know more about science than human scientists, so yes, in my own dogmatic way, I assert the Urantia Book is a touchstone on certain things about science that Scientists themselves are completely ignorant of, such as how the cosmos came into existence, and how could physical existence produce will creatures of wisdom-capacity?

In fact, the very physics of science (The Laws of Thermodynamics) display no indication as to why we even exist? and yet our hubris asserts there is no such super-reality capable of orchestrating a living universe. How can we, barely much higher than a sea slug , even presume to know why the universe is here? and yet we assert the Big Bang as if it is a settled question, much like we do with climate science, human origins, and even whether or not religion has any real value.

Science completely operates upon the foundation of an accidental, or non-causational emergence theory, the Big Bang. Scientists also say that ‘the big bang’ happened just under 14 billion years ago. The number is based on what we can detect and how far we can detect things like pulsars and CMBR; but how can we really know how ‘old’ the universe really is, this universe, or any clear understanding of where the universe begins and ends, with an degree of certainty?

Science also says that modern man came out of Africa.

Again, the Urantia Book says we came from Asia, new evidence seems to indicate this is true, just like new evidence shows that there were three forms of early humans and the timeline is meshing more and more with the Urantia timeline. All of which sustains my point that I trust the revelators because they have no reason to mislead, and in fact, have been vindicated so many times I have lost count.

Every single week there is yet another find or discovery which confirms Urantia pre-history.

The truths of the Urantia book, or any religion, are what count, and the truth of human spirituality is more important than the fact of religion; the truth that life is not worthless and there is real meaning inspires people, not the fact that we evolved from nothing. And right now the world needs more truth and less fact, especially when so-called facts keep being adjusted because human beings simply cannot admit we don’t have all of the answers.

The Revelators state “only when man is finally sick of himself will he turn to God,” but today’s generation has forgotten who God is, what he is, and there is no better place to make that discovery than on the pages of this most recent revelation, a true gift of the Gods, if you ask me.

These days present plenty of opportunity to lift people up and out of misery or temporal grief.

So as one idea, forward a paragraph from the Urantia Book to a friend once in a while, perhaps post it on social media, something small but potent.

Jesus used parables because truth has a way of revealing itself through parable. But something more, which is to ask people questions and draw them out. Ask them what they think about this, or that and listen.

These are small ways to assert spiritual ideas and get people to elevate their thinking. It’s the only way we can lift civilization UP. We must be torchbearers of truth and ambassadors of revelatory insight.

And we can do it “as we pass by,” in our daily living.

The act is ours; the consequences, God. Truth eventually asserts itself and is revelaed just as a flower emerges from a drought-stricken desert.

Eventually life, and the forces behind it, win.

2 thoughts on “Asserting Our Spiritual Influence; Why Do We Not Lay Siege?”